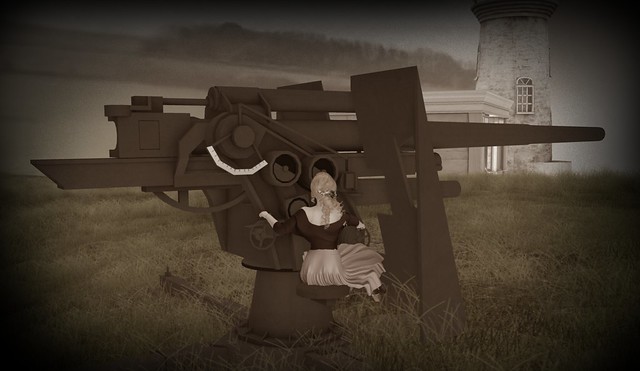 To start this of. This is neither fashion, decor, specific to Second Life or me by any means, but I just had to get this of my chest. It has been bugging me for quite a while.

This was all so clear in my head before I started typing it out, but that is often how it is when I come up with topics that are important to me. All the good points presents themselves crystal clear only to dissappear as soon as they catch glimpse of my keyboard.
Well anyway here it goes:

In the last few years I have stood by and seen the world spiral down into something I thought was gonna be a blip on the radar. Suddenly the world looks like it is out to gather as many politically correct points as possible. As I try to stay clear of the news as often as I can I have not gotten the full blow of it, but now it has seeped into some ofthe Youtube channels I love to watch and I see it on my friends list on Facebook, Plurk, Instagram and Twitter.
Really? Why do you have to tell us every few sentences that you don’t buy makeup tested on animals when you told us months ago you would stop. Why do you have to make a point of you being a woman and accomplishing something? Why do you have to call people racist because they don’t agree with your idea of beauty? You don’t get any extra points for saying any of this. Oh, wait. You do in this world!

I am not good with words, formulating sentences or stuff like this, but I just can’t understand it. Not any of it. I get the part where you discover something new, like being a vegan, and you wanna talk about it to the people you care about, but shoving it down our throats? No thank you!
And for accomplishing a goal of yours, it has nothing to do with your gender. People do it all the time, it takes hard work and patience. It is not a privilege that is handed to you.
And for the use of the word “racist”. That word has changed it’s meaning to include everyone who doesn’t absolutely worship the ground people not from the west walks on.

This world has me tearing my hair out and tears running down my cheeks in pure and simple frustration! I just don’t understand when we all became so self righteous and eager for sympathy points and virtue signaling?
What does the world have to gain except hate and alienating ones fellow humans. We are one and we seem to have forgotten that. I thought this was a blip, a spot on the horizon, but was I wrong! That dot on the horizon was a meteor the size of Europe and it hit me square in the face. Ouch!
With the whole of my body and mind I can’t grasp how some people manage to look at themselves in the mirror in the morning and don’t shudder of the sight But then again, that would require a healthy dose of self reflecting and that is some dangerous stuff right there. I know, I’ve tried *shudders*

I am not wanting to start drama over this at all, but that is probably what is gonna happen if anyone even reads this post After all this is touchy subjects and my views are not popular at all, hence the reason why I have stood silent for so long. I can’t do that any longer though. as I said the meteor finally hit and when people with views so different, and in my opinion hurtful, than mine takes over our so called unbiased national TV station and so many of the social platforms out there people with view similar to mine have to speak up and take the shitstorm that might follow.

I guess to sum this all up it is time for my pixels to remind you all that we are all human. Except child molesters and people who talks at the theater. Those are not people at all.